America loves a fierce individualist. And yes, there is something inspiring about the lone enterpriser or business executive blazing a path into the valuable future. And yet, while our culture will always celebrate the individual, the business world must acknowledge the truth behind the (alleged) Aristotle quote: “The whole is greater than the sum of its parts.” In other words, the near future will be all about innovation for sustainable value creation, led by teams.

In a world that becomes more complex by the day, “command and control” is out, and employee engagement is in. The days when a larger-than-life personality is allowed to steamroll over the rest of the company are over. This destroys morale, which destroys results. Teams, not individuals, drive performance.

And make no mistake. The best organizations, the ones with real staying power, are fuelled by well-run teams.

In my new book, Doing More with Teams: The New Way to Winning, I emphasize that teams are more important than ever because the way we work and do business has changed. Within the fierce competition that is the global economy, companies that get fast results because they excel at collaboration and innovation will rise to the top and rule the day. And the ideas that allow an organization to achieve, grow, and prosper (as opposed to merely survive) will be created only when teams leverage their combined skills and hold themselves mutually accountable. No individual, no matter how brilliant, is likely to have the skill set to take projects from start to finish in this fast-paced and complex environment.

The good news is, companies can shatter this individualistic mindset wherever it occurs and guide employees to a better way to work—while tapping into and maximizing their raw talent. But first, they must understand that managing teams, with their web of hidden politics and complex interplay of human differences, is very different from managing individuals.

Great teams are led by captains
Like many popular terms, the word “leader” has become so overused and commonplace that it has lost all meaning. Anybody can call himself or herself a leader, it seems. Anybody can follow the “dos” and “don’ts” in leadership manuals. But it takes a special type of leader—a captain—to create not just a loose affiliation of individuals but a true team that’s centered around shared values and focused on a common goal. Captains are quick to recognize the key capabilities of their team members, including strengths and weaknesses, and to build the plan around those capabilities.

Fierce individualism has no place in teams
Captains need to be sure that “the MVP syndrome” is not allowed to define their teams and be on the alert for individuals who might be losing sight of the team that gave them an identity—the group with whom they worked to produce the fame for which they are now known. It is in such situations that workplace ills such as favoritism, sexism, and even criminal activity like embezzlement tend to flourish.

Seek to hire “coachable” individuals rather than individualist-minded high performers. Do everything possible to promote and reward teamwork rather than individualism. Whether your efforts are centered on pay structure, group incentives, verbal recognition, or some other technique, seek always to send the signal that it’s strong teams (not strong individuals) that make up a strong company.

Teams hold the bar high for everyone
In all teams there is an inherent desire to protect our superstars and keep them winning. (Never mind all the others whose quieter, though no less critical, contributions are downplayed.)

We are all aware of conditions when everyone else was willing to go along with a wrong. We recall instances in recent history where the politics of fear enabled the Nazis, and where embezzlement seems the norm. Yet it is harder to see when victory shines so brightly. Captains must be mindful of this very human tendency, in themselves and in others, to look the other way, to give our victors the benefit of the doubt. We must be vigilant and ever alert to wrongdoing. We must be willing to ferret out corruption in the highest echelons, to bench the MVP, even to fire the superstar for the good of the team and the sake of integrity.

Teams have to be willing to lose sometimes
When teams keep winning, they can become addicted to victory—feel entitled to it even—and this is what drives them to illicit extremes. The lesson is clear: When we don’t learn to tolerate failure, we will do anything to keep the public adulation coming.

Teams become great because they keep things in perspective and understand the broader context of competition; namely, that there is always a larger league and a set of better players out there, no matter what you’ve achieved or what rung on a ladder you’ve just hit. In other words, no one can always win. In fact, if a team becomes addicted to victory it may take the Lance Armstrong route and go to illicit extremes to keep winning. An inability to tolerate failure makes a team easy prey for “the dark side.”

Great teams revel in the pleasure of persistence
Knowing that we will stumble and fall from time to time, yet get up and try again with some success, is at the heart of a great team.

It’s critical to teach teams to be well prepared for assignments and to keep going in spite of hardship. When my company enrolls an executive in leadership training, we emphasize the following lessons of teamwork:

• How to play through pain

• How to resist the criminal opportunities inherent in becoming an MVP

• How to outlive uncomfortable appointments, such as when your boss has selected you for teams that are a bad fit, and how to behave when you are chosen for teams you do not want to play on.

Life can be a tough slog, and victories are sporadic at best. Maybe we can’t win but we can keep going. This striving brings with it its own unique rewards. It is up to us to learn to appreciate them.

Successful teams share values
In preparing for a team event, or in becoming a member of a team, a transformation occurs where team members end their individual associations and create a team identity through sharing with others the experience of that process. Once the team is created, a strong bond is already in place from that preparation, from the obstacles everyone had to overcome to get there.

When joining the military, everyone has a crucible, basic training, which really isn’t basic at all and is usually the hardest experience to get through. The crucible is something all members have to overcome to be part of the team. They shave all the soldiers’ heads to take away their individual designations and rebuild them as team members, reshape their identities into a shared identity.

Teams must feel “at home” with uncertainty
In a world getting faster, flatter, and more competitive every day, uncertainty and complexity are the rule rather than the exception. (As I mentioned earlier, that’s why collaboration and teams are so important!) Teams and their captains need to be comfortable functioning in such an environment.

In complex situations where outcomes are unknown, the temptation is always to play it safe. But in a world of constantly changing tides, yesterday’s “safe” is likely to be today’s “not enough.” That’s why teams must work on instinct, often at a moment’s notice, and constantly move forward. Effective teams learn by doing and stay focused on results; they are not bound by method or processes. And that gives them the flexibility and resiliency they need to thrive in the midst of flux.

Effective teams take risks
Because business climates are constantly changing, teams and the captains who lead them know that yesterday’s guidelines can quickly become obsolete. That’s why they don’t allow themselves to be overly bogged down by rule following and order taking. Rather, they push boundaries when it’s proper (in other words, when ethical and moral lines aren’t being crossed), because the greatest innovations happen beyond existing laws and rules. When led by great captains, teams regularly work beyond normal and limiting boundaries to increase productivity and success.

Of course, while it’s important to encourage the kind of risk that involves seizing opportunities, it’s also equally (and increasingly) critical to take steps to eliminate the risk of negative team behavior. I’m speaking here of the risk of allowing the “dark side” to encroach on ethical behavior—as evidenced in the stories of Bernie Madoff, Lance Armstrong, and the latest string of scams reported in the New York Times and the Financial Times of London.

The word “team” is more than just a business buzzword. If done well, building and captaining a team will determine whether you survive or thrive in this strange new economy. 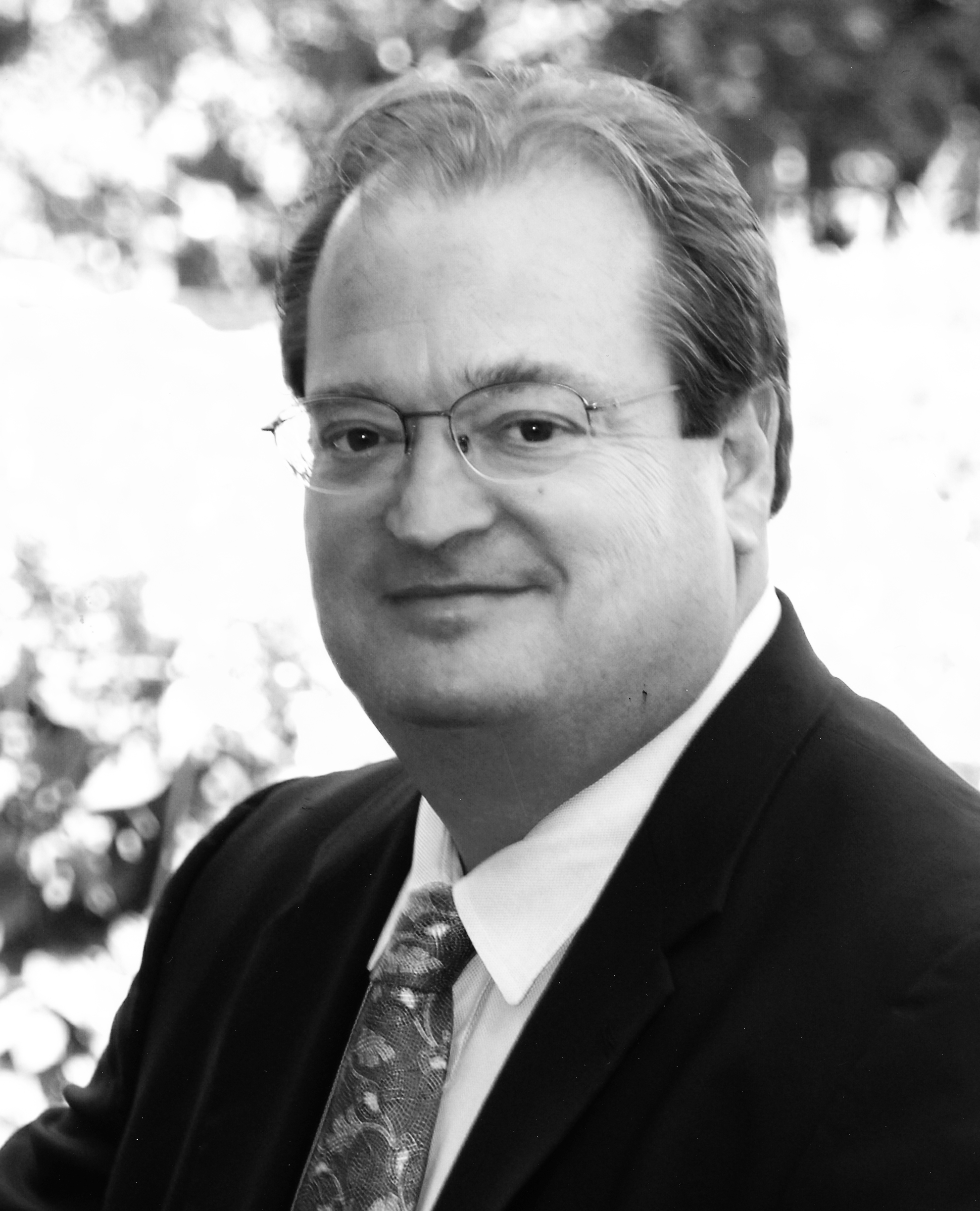 <!--paging_filter--><p>Dr. Bruce Piasecki is the author of <em>Doing More with Teams: The New Way to Winning</em> and president and founder of AHC Group, Inc., a management consulting firm specializing in energy, materials, and environmental corporate matters, whose clients range from Suncor Energy, Hess, FMC, the Warren Buffett firm Shaw Industries, Toyota, and other global companies.</p> <p> <a href="http://www.brucepiasecki.com">www.brucepiasecki.com</a></p>