Are the leaders who managed businesses through the early stages of the economic downturn still the right people to lead us into the next stage of recovery?

Earlier this year, I was talking with a group of CEOs from a variety of different sectors. There was a definite sense that this was a New Year, that the worst was behind us and there would be new opportunities to be seized.

The focus of the conversation was around defining key drivers most likely to shift businesses to a sounder, more sustainable footing and a great deal of emphasis was placed on new processes, innovation and generally "doing things differently". The mood was cautiously optimistic and the expectation was that as 2012 unfolded the world would become an easier place in which to do business.

Now, sadly, when I talk to the same CEOs, the conversation has reverted to the "bunker mentality". The fine promises of forging ahead and creating a new future have fallen by the wayside due, in large part, to a lack of risk-taking leaders.

One chairman of a quoted company told me that he had received emails that morning from two of his shareholders requesting a meeting and that he knew what the conversation was going to be. They would want him to undertake some form of corporate activity and if he was going to be buying, they would only support him if he was buying at a very cheap price and if he was selling, they would want a full price for the sale. What was frustrating for him was that they could not see the contradiction in their requirement. Somehow the courage to take risks seems to have failed us, subsumed under a morass of negative media coverage and a lack of political dynamism. People have reverted to the age-old tried and tested rather than looking to the new.

When Hurricane Sandy hit the US, it was a stark reminder to me that innovations spring from harsh environments, when we are forced into unfamiliar situations, when the pressure is on to make unpopular decisions and when we have no choice but to stick our necks out and take a risk. This is precisely when we are at our most creative. Many countries have a history of innovation, but we now seem to be afraid to take those innovative big decisions for fear of being found wanting and getting it wrong. Better to do nothing than to do something and find it doesn’t work, the thinking seems to go, despite the old adage, he who never makes mistakes, never makes anything.

For too long now we have been talking about the "new normal". It is no longer new—it is now the reality. However, just because it is a reality does not mean to say that there are no new and different ways in which to approach business.

Too many people are frustrated by economies which are still slow to recover and where a variety of roadblocks appear to be put in their way when they try to drive their business forward. However, this leads to excuses which allow business leaders to hide and blame others for their predicament. Many leaders simply do not want to make drastic changes because they are afraid of being wrong.

Innovation and risk-taking come either when people's backs are to the wall or when they are prepared to make a mistake. Sadly, however, we have fallen into a new comfort zone, a place where managers and leaders tend to rely on the fact that what has proved effective in the past will still be fine tomorrow, effectively squeezing out any potential for diversity of thinking.

However, if at the same time people accept that we are living in a new reality, it is clear that we need new and innovative thinking; we need to seize the myriad of opportunities which exist at a time when others remain in their bunkers.

The question this raises is whether those leaders who managed businesses through the early stages of the economic downturn are the right people to lead us into the next stage of recovery. Do they have the vision, drive and determination to take the risks that will be needed to be taken in order to produce sustainable economic growth? Are they just emotionally and physically too drained to be able to take the brave decisions which will need to be taken in order to achieve a change in performance?

The new CEO who has no laurels upon which to rest is much more likely to take riskier and more innovative decisions because he knows he will be judged on the future not on the past. New talent will need to be recruited at all levels within an organisation who are prepared to challenge the status quo, established methods of behaviour and the "not invented here syndrome".

Within many, if not most, organisations, there is a cadre of executives bursting with new ideas and enthusiasm to make a difference but who are being stifled by senior executives who are afraid to make decisions. If they see a change at the top then this enthusiasm will be liberated and innovation and new thinking will be brought into a business environment which is crying out for it. The global opportunities are too many for us to remain hamstrung by a fear of failure.

This is an opportunity for innovation and bold thinking to take advantage of them and to lay the foundations for a period of sustained and sustainable growth. 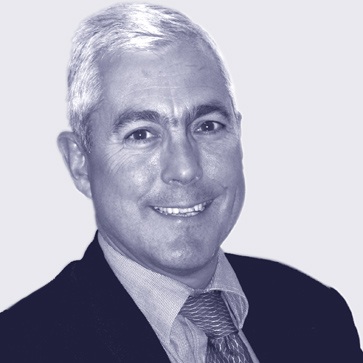 <!--paging_filter--><p>David Dumeresque recruits senior executives and board directors for Information, Communications and Entertainment organisations across publishing, broadcast, digital media, as well as leading the firm&#39;s Professional Services practice and acting on behalf of more general consumer products companies. He also has advised a wide spectrum of professional services firm on senior lateral hires, including lawyers, accountants, consultants and real estate professionals.</p> <p> His track record covers the full range of group corporate centre functions with particular emphasis on Chief Executive Officer, Chief Financial Officer and senior advertising appointments, as well as functional appointments, such as marketing and General Counsel. He has over 30 years&#39; experience of advising a variety of different organisations from the largest multinational to small owner managed businesses. He has particular expertise in the technology of media and has written extensively on the impact of social media on management. David is one of the leaders of the ICE practice within Tinzon Group and has recruited widely on an international basis and is a member of the Harvard Business Review Advisory Council. <a href="http://www.tyzackpartners.com">www.tyzackpartners.com</a></p>