Despite a national history of international wayfaring, strong domestic infrastructure, and several world class companies spread across multiple industries, Portugal’s companies have been relatively slow to globalize, when compared to companies from other European countries. Thanks to the example set by a small cohort of companies, the renowned construction company Mota Engil among them, that may all be about to change.

Business Excellence first visited Mota Engil Africa in early 2018, shortly after it had made the brave decision to expand into over a dozen African countries. It represented the latest step in the company’s international push that already included other countries in Africa, as well as Europe and Latin America. We decided it was time to return and see how the company’s African ventures were shaping up.

Resilience in the Face of the Pandemic

The last couple of years has been very difficult for most people and companies. At Mota Engil the first priority was to ensure the safety and wellbeing of its people and partners by following the guidance and direction of different health agencies across its countries of operations. After which Mota Engil and its people reinvented and adapted themselves, finding new ways of transforming the difficulties into real opportunities, ensuring the continuity of the Group’s work and continuing to build its history.

The effects of the Covid-19 pandemic on global productivity are all too well known. A study conducted by the RICS suggested that productivity in the industry was likely to fall by around 20% globally[1], with the highest impact on productivity being in Africa. Faced with these statistics, Mota Engil Africa has performed remarkably well since our last visit, maintaining its turnover at very close to pre-pandemic levels.

The company’s annual report shows that turnover across the group was 1.1 billion euro in 2021, down from 1.3 billion euro in 2019. The fall here can mostly be put down to negative currency movements, with emerging market currencies like those in Africa feeling the hit over the past two years. But to better understand why these numbers have been so resilient, we need to look at the projects underpinning them.

A Series of Key Milestones

In 2018, Mr Manuel Mota told BE in our first feature on Mota Engil Africa that the goal was to expand the company’s operation across the continent and true to his word, that is exactly what the company has done. The company has expanded its order book into new markets like Nigeria and strengthened the group’s presence in the mining sector with an array of important project in South Africa and Mali

The company has generated new partnerships in other mineral extraction industries. One such partnership was with a mine recently featured by BE, Vedanta’s Gamsberg mine in South Africa. Mota Engil has been awarded a 240 million euro contract for preparation, excavation, and road construction. It was also awarded a contract worth $360 million to work on a super pit in Mali, the Morila gold mine, where mining is scheduled to start in Q1 2022.

In Uganda, the company has teamed up with oil major Total, to build its crude processing plant in Buliisa, where oil production is projected to commence in 2025. Mota Engil will handle the initial works that includes bush clearing, fencing, construction of drainage and internal roads around the facility. The addition of Total as a partner in Africa is also a milestone of its own.

In infrastructure too, the company’s experience and reputation are paying dividends on the continent. Mota Engil success here include its $570 million contract to modernize the Accra to Tema motorway in Ghana. This project will upgrade and extend the motorway between the capital, Accra, and the city of Tema, which is also the country’s largest port. The existing 19.5km road will be reconstructed and expanded into a two-lane dual carriageway, with an extra lane added in urban areas. A number of interchanges will also be modernised. 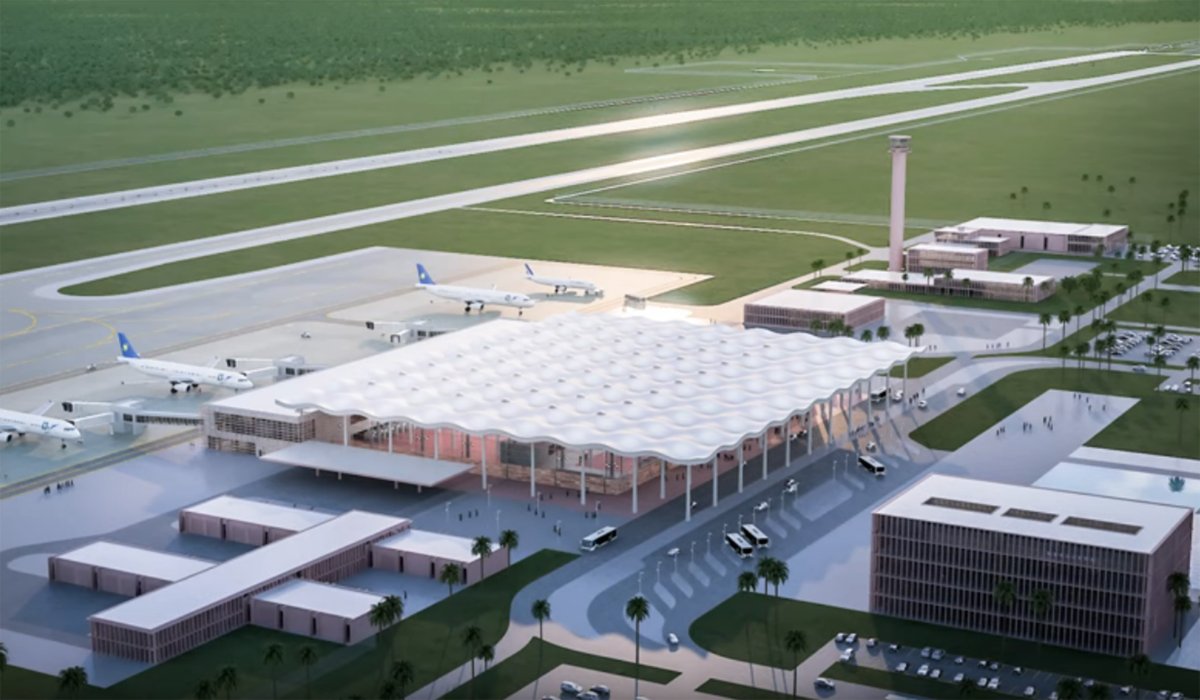 The Msikaba bridge project, a cable-stayed steel deck bridge in Eastern Cape of South Africa, currently under construction as part of the Concor Mota-Engil Joint Venture (CMEJV), is scheduled to come online in 2026. This project is particularly important considering it is expected to create 36,000 jobs and produce R4 billion in income for local participating companies.

Mota Engil Africa is the main contractor in the construction of Bugesera International Airport in Kigali, the capital of Rwanda, a contract worth about $425 million to the company. This a new airport in is being developed in Rilima and/or Juru localities of the Bugesera District in the Eastern Province of Rwanda airport will receive approximately seven million passengers per year for the first phase and 14 million passengers per year at the completion of the second phase.

Mota Engil has also recently been awarded the biggest contract in the history of the Company, to design and build the Kano-Maradi railway line between Nigeria and neighbouring Niger, worth 1,820 million USD. The new route will have the capacity to carry more than three million passengers and one million tonnes of freight in a year

CEO, Mr Manuel Mota said that the project “is a strategic investment for the present and for the future” that will “open the northern part of the country” by providing a platform makes it easier and faster for businesses to transport their goods directly to the coast via rail. The Northern part of Nigeria has an ancestral relationship with Niger Republic; this project will further unite the peoples of the region and create a pool of much needed jobs as well as aid in establishing Northern Nigeria’s ambition in becoming an export hub. It is also the first railway project in the region not executed by a Chinese company.

The nature of the work that Mota Engil performs means that it often creates socio economic benefits by default. Its Bita drinking water project in Angola is a case in point. This mega project is expected to benefit 7.5 million Angolans when complete. Indeed, most of its infrastructure works could be seen to have socio economic benefits of some kind. But the company has its own objectives in this area, where it sets out to make a direct impact.

Examples of this include support provided by Mota Engil towards the reconstruction of degraded houses for families in a situation of social and economic vulnerability in Lisbon, an education program in Cabo Verde about the benefits - and necessity - of efficient water consumption, and several small initiatives, mostly in the realm of education and entrepreneurial programs, that aim to raise the socioeconomic profile of the communities where it works.

Expansion at the scale that Mota Engil has managed over the past decade would not have been possible without an array of world-class strategy supply chain partners and consultants. As a construction company, first and foremost, it needs good cement suppliers. These include well companies like Lafarge cement Zambia, FKCS in Angola, Afrisam in South Africa, and Solinker in Angola.

Project management work across diverse sites also calls for transportation. Here, the company calls on MAC East Africa, Automatriz in Angola, and Nissan in Mozambique. In building materials, BSS (Pty) limited in South Africa which has proven to be one of Africa's foremost suppliers of road construction products and technology and Eurocorp, the New Zealand firm with a presence across the content, have been invaluable.

Last but not least, the company’s deep expertise in the mineral extraction industries has also enabled it to develop strong partnerships with several of the most well-known names. These include Epirco East Africa for drilling tools, Komatsu South Africa for its heavy equipment, Maxam International for its energetic materials, and Total and Arcelormital, with which Mota Engil collaborates on a series of projects across the continent.

A Lot Done, More to Do

As Mota Engil celebrates its 75th year of operations, the expansion of Mota Engil across the globe and specifically Africa is a lesson for companies everywhere. Despite coming from a country of approximately 11 million, the company has been able to expand its customer base to become a giant through well-planned strategic moves into foreign territories. Its order book is now at an all-time high of 6.1 billion euro, with nearly $2 billion of that constituting projects in Nigeria - a country with few historic connections with Portugal.

By 2026, the company expects its revenue to reach nearly 4 billion euro, through growth of its environmental unit, concessions, and industrial engineering. Most of all, the company admits, this will happen because of the company’s focus on its sustainability fundamentals which ensure a balance in its economic, environmental and social approach to development. As well as focusing its resources on expanding the company’s presence in larger markets across the region. Mota Engil remains the right partner for the development and strengthening of infrastructure across Africa as it continues to prove that outstanding standards travel well wherever your company decides to operate.

Greater Tortue Ahmeyim LNG Project: A New Horizon off the coasts of Senegal and Mauritania

Liquefied natural gas (LNG) has been universally recognized as a stepping stone in the energy transition.

A key driver of Namport’s growth, even in challenging times, has been the high-quality governance and planning that underpin its hard work.

In the north-west of Poland, approximately 125 kilometres to the south-east of Koszalin will be the site of the 63 MW "Wysoka" wind farm.

Since its foundation less than two decades ago, NDIA has become one of the most recognized institutions in Guyana because of its importance to the everyday lives of Gu