Five ways to improve your business by admitting to mistakes

It seems our society has turned dodging responsibility into an art form. From celebrities who insist that a brush with the law was all a big misunderstanding to political figures who use spin and double-speak to blame everything on the other side, no one wants to admit it when they mess up. If you’re a business leader, the temptation to use this strategy is huge. After all, your customers are paying you to get it right, so the last thing you want is for them to know that you’ve made a mistake, right?

Maybe not. According to Michael Houlihan, when your company admits to mistakes in a constructive way, you won’t damage your brand in the way you feared. In fact, you have a valuable opportunity to gain respect and loyalty.

“In fact, in a very real way, trying to dodge responsibility can hurt your reputation more than simply owning up to the mistake in the first place,” he adds. Houlihan speaks from experience. He and Bonnie Harvey are the founders of Barefoot Cellars, the company that transformed the image of American wine from staid and unimaginative to fun, lighthearted, and hip. And when they started the company in the laundry room of a rented Sonoma County farmhouse, they knew almost nothing about winemaking or the wine business.

“As you might imagine, we made many mistakes over the years as the business grew,” admits Houlihan. “Some of them even caused us to worry that Barefoot might not survive. So early on, Bonnie and I made a conscious decision to confront our mistakes, and to view them as opportunities to learn and grow. I believe that attitude is part of what ultimately made Barefoot Cellars successful.”

Honestly and humbly admitting to missteps, Houlihan and Harvey found, often diffuses a tense situation instead of exacerbating it. And as time passes, they say, people tend to remember more clearly how you handled the mistake as opposed to what it was.

If you’re ready to face up to your company’s mistakes and turn them into building blocks, read on for five of Houlihan’s suggestions on handling your next business “my bad”:

1. Cop to it
Yes, it’s uncomfortable to admit that your company did something wrong. Uttering that mea culpa involves swallowing your pride and acknowledging that you are not, in fact, perfect (which is an illusion that our culture encourages us to zealously cultivate). But the sooner you admit to the error, the more you reduce the drama…and the faster you can move on to the next, more important stage: what you are going to do about the situation.

“People actually like a little imperfection now and then,” points out Houlihan. “It demonstrates a level of authenticity, vulnerability, and humanity with which we all can identify. Plus, it’s harder to be angry with someone who says, ‘You’re right—I messed up,’ than with someone who insists the fault doesn’t lie with him…even though you know it does. And it’s difficult—if not downright impossible—to make any constructive progress if the responsible party refuses to admit there’s a problem.”

2. Recognize how it happened
If you admit fault but then put the incident behind you, guess what? You’ve just increased the chances that it will happen again. It’s very important to investigate how and why an error occurred, so that you can fix the faulty procedure or process. That’s why Barefoot made sure employees weren’t afraid to make or report mistakes (those involving technical errors, that is—Houlihan is adamant that bad behavior or an inability to perform should not be overlooked).

“Basically, our approach to mistakes was to say, ‘Congratulations! You found a new way to screw up, and that’s a good thing. We didn’t know that this could happen, but now that it has, we can keep it from happening again,’” recounts Houlihan. “Then we would brainstorm what went wrong and make technical adjustments. Honestly, I think that large siloed organizations where you can be demoted, passed over, or even fired for a mistake are missing the boat. That’s because real progress in progressive companies is often built on the backs of mistakes and the improvements they spark.”

3. Aim, don’t blame
What happens when a mistake involving your company really can be traced to someone else? While it’s easy (and temporarily satisfying) to point your finger and say, “Not my fault!” the truth is, if it happened on your watch and you are accountable for the finished product, you ultimately share the blame in the customer’s eyes. In this situation, get to the bottom of what happened and aim your focus on what you and your company can do on your end to prevent the situation from reoccurring.

“This lesson was driven home to me during a business trip to Chicago,” recalls Houlihan. “I was supposed to show some new wines to retailers, and the samples had been shipped to my hotel. However, when the package arrived, the hotel didn’t check to see that I was on the reservation list—they noticed only that I wasn’t currently occupying a room—and they sent the package back. Technically, my lack of samples wasn’t my fault, because the hotel didn’t do their due diligence. But to my buyers, all that mattered was that the new wines weren’t there.

“From that point on, we at Barefoot worked to make sure that no package would ever be refused in error again,” he continues. “After some trial and error, every box of wine was ultimately decorated on all six sides with instructions to the hotel not to return the box, and details of when I would be arriving. We also included Barefoot’s contact information and instructed the reader to get in touch with the hotel manager, whom we had told to expect the package, before sending it back. Overkill? Not really. Because the problem was solved.”

4. Write it down
If you successfully resolve a negative situation that was sparked by an error, then rub your hands together and continue with business as usual as if to say, “Yes, it happened, but it’s all cleaned up now,” then you’re making a second misstep. According to Houlihan, if you don’t write down what happened and how to avoid it, even you are in danger of making the same mistake again, and the same is doubly true of others.

“When you are still smarting in the immediate aftermath of a fiasco, it’s easy to assume that you will always remember what you did wrong and that it will never, ever happen a second time,” Houlihan points out. “But often, as life goes on and your focus inevitably shifts to other things, your memory can get fuzzy. Or you might fall back onto old habits unconsciously. And you certainly can’t pass your own experiences to everyone else in your company through osmosis. That’s why it’s crucial to take the lessons you learn and physically make them part of your company’s policies. This might mean writing a new procedure, checklist, or sign-off sheet, or drafting a new clause in a contract. But whatever you do, write it down!”

5. Resolve that it won’t reoccur
Along with your apology, assure the injured parties that it—whatever “it” was—won’t happen again. Voluntarily describe how the mistake happened and what changes you are implementing to prevent its reoccurrence. And most importantly, tell the other guy, gal, or group how you and your company are going to make things right. Most people will appreciate your thoughtfulness, resolve, and the action you are taking. And often, handling an error in this way will reinforce the fact that you are, ultimately, a trustworthy company that can be relied upon.

“I remember one situation in which Barefoot had put the wrong bar code on a store’s shipment of cabernet, which meant that the wine rang up for less than it should have,” shares Houlihan. “In this instance, it was us who caught the mistake, not the customer. But as soon as possible, I showed up at the store’s corporate office with a check for the store’s loss, plus the time and expense of dealing with the mistake. Then I described to the manager in detail how we at Barefoot were changing our internal processes to make sure that the bar code problem would never happen again. And guess what? That store thanked us for doing the right thing, and it didn’t stop ordering from us.”

“Once again, mistakes are bound to happen—even if you’re an established company, and especially if you’re a newer one,” reiterates Houlihan. “So don’t waste time and energy beating yourself up, and especially don’t try to create the illusion that you’re perfect.

“Remember, what people recall most of all is how you handle missteps and errors, not what they were,” he concludes. “So don’t miss out on these golden opportunities to show your integrity, reduce the drama, and improve the way your business operates. That is how you make mistakes right.” 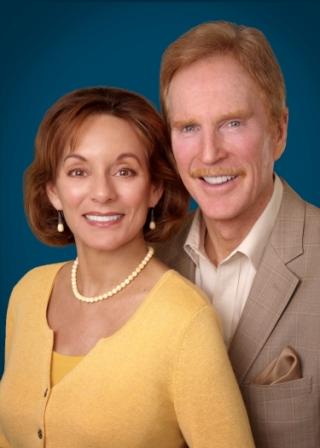 <!--paging_filter--><p>Michael Houlihan and Bonnie Harvey, authors of&nbsp;<em>The Barefoot Spirit: How Hardship, Hustle, and Heart Built a Bestselling Wine</em>, started the Barefoot Wine brand in their laundry room in 1986, made it a nationwide bestseller, and successfully sold the brand to E&J Gallo in 2005. Starting with virtually no money and no wine industry experience, they employed innovative ideas to overcome obstacles and create new markets.<br /> They were pioneers in what they termed &ldquo;worthy cause marketing&rdquo; and performance-based compensation. They held a comprehensive view of customer service, resulting in the National Hot Brand Award for outstanding sales growth in 2003 and 2004.<br /> They now share their experience and innovative approach to business as consultants, authors, speakers, mentors, and workshop leaders. Their book, <em>The Barefoot Spirit</em>, chronicles the history and lessons learned building the popular Barefoot Wine brand.</p> <p> To learn more, visit <a href="http://www.thebarefootspirit.com/">www.thebarefootspirit.com</a>.</p>