Certain characteristics demonstrate ‘executive promise’ and the ability to take on an executive role—but at what price?

The subject of executive pay has caused quite a stir in the UK media over the last few months. As employees grapple with austerity measures and pay freezes, news of multimillion-pound bonuses has been quite hard for the general public to swallow.Just a few weeks ago, global advertising giant WPPsuffered a major revolt with almost 60 per cent of investors voting against the £6.8 million proposed pay package for chief executive Martin Sorrell.

Why is it that executives are paid so much? What sets the ‘executive’ leader apart from the rest? How can shareholders be guaranteed that executives will deliver against their promise?

Displaying executive promise
In my eyes, an executive demonstrates both tactical and strategic capabilities, of which strategic is more important. Many people in managerial positions limit their vision to operational issues and regard strategic ones as being beyond their remit. The ability to act strategically as well as tactically is a key differentiator.

Strategic thinking is the ability to identify actions that will make a significant contribution to the success of the company. Take, for example, the impact Steve Jobs had on Apple, helping the company to innovate and shape the market. He could see future trends before anyone else and he had real vision.

Executive potential and capacity is characterised by people who are able to bring good ideas to the table. I am not suggesting that people should constantly try to challenge the status quo, or make changes for the sake of change. But I do encourage taking a questioning attitude and approaching business with an open mind and no preconceptions.

With this in mind, I have recognised the following dimensions which can help develop the strategic thinking needed to become an executive:

·         Exploitation—how could we use this more efficiently?

Delivering strategic thinking
Strategic thinking is not just a brain dump. What is required is a serious assessment of the situation/opportunity, coupled with a practical way of implementing the suggestion with an analysis of the benefits and costs of the proposed actions. There is no use in taking ideas and complaints to company executives without an attempt to offer solutions or a means to take advantage of an opportunity.

As CEO, I used to run into this problem quite often and I learnt that to save my own time I would deflect a problem back to people, asking them what they thought we should do about it and asking them to go away and come back with a structured contribution. I found that this would either detract people from coming to me with problems or ideas that would take a lot of my time to investigate, but it also meant that the standard of contributions that did come my way were much higher.

If you are at a management level looking to move up, demonstrating this kind of behaviour and avoiding presenting problems without assessing methods to resolve them will get you noticed as someone that could take a more strategic role as described above.

Executive ethics and behaviour
Executive roles come with power and as such are subject to the trappings of responsibility that this entails. Executives are exposed and need to be careful of their behaviour and the decisions they make, as the buck well and truly stops with them. Just take, for example, the recent Leveson enquiry into the behaviour of News International. Although it has not been proven that Rupert Murdoch has been directly involved in any instances of phone hacking, this has not shielded him from condemnation in the report by the UK’s Culture Media and Sport Select Committee into News International which claimed that “Rupert Murdoch is not a fit personto exercise the stewardship of a major international company". The revelations have seriously damaged the corporation, which is now dividing its broadcasting and publishing arms into two separate organisations to prevent contagion across the brands (although News International has claimed the move is unrelated to the UK investigation).

Added to this, Barclays has come under huge pressure following the discovery that it has been manipulating Libor—the rate at which banks lend to one another. The bank has been fined £290 million for the rate rigging scandal, which sent share prices plummeting by over 17 per cent at one stage. CEO Bob Diamond, who caused controversy last year after taking a £2.7 million cash bonus despite the poor performance of the bank, has been put under incredible pressure and as a result he has now resigned.

Executives need to accept there are various implicit requirements and obligations that go with the job. The willingness to respect them is the second dimension to executive promise—the right of the employer to expect the executive to behave in a certain way. Personally I believe every employer has every right to expect the following behavioural characteristics to be displayed by the executive team:

·         Application—devotion to the needs and objectives of the company

·         Integrity—ethical and proper conduct in all business matters

This may look like a parable of virtues and it possibly is, but I have found that companies that pay attention to them are much more effective and productive than those where concepts are not applied. They are also more pleasant to work in!

Have you got what it takes?
I would conclude that the rewards for moving up the executive chain of command are vast. Higher pay, personal glory and a genuine opportunity to shape an industry will always be appealing to those who strive for excellence. However, to reap the rewards you need to demonstrate qualities of executive promise. Strategic thinking, integrity and delivery will all help you reach your goal.

Simon Orme is the managing director of Emros Partners. http://www.emrospartners.com/ 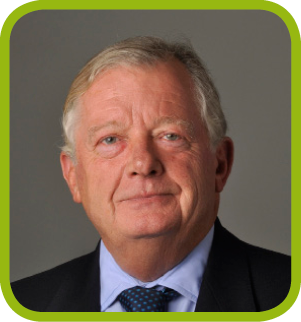 <!--paging_filter--><p>Simon Orme is managing director of Emros Partners, a growth development specialist for innovative solution suppliers in the technology sector. Simon&rsquo;s career spans 40 years in the computer industry, where he started as a programmer, systems analyst and project leader before becoming a senior consultant working in the financial services sector.</p> <p> The second period of his exceptional career focused on corporate life, where he held a number of top level roles at well-established and recognised companies. He then moved into the third phase of his career, as a strategic consultant specialising in corporate growth development in the computer services sector.</p> <p> Simon has a further career as a researcher and teacher, producing research papers on a wide range of corporate growth topics.</p>