The end of marketing as we know it

A number of signs point to an inconvenient truth for many businesses. Traditional marketing is on its way out. In place of this broken model, America’s most innovative companies are implementing new, more authentic techniques based on peer influence and community building.

Consider for a moment the annoying, interruptive, often obnoxious nature of traditional marketing. Dinnertime phone calls from strangers in noisy call centers. Glossy pictures of the latest fashions worn by models who barely look human. Company websites that give us no clue what the business actually does. Hype. Spin. Pushy salespeople.

It’s hard to believe these are the methods and tools of a profession designed to attract and persuade us to become customers—especially when “we the buyers” increasingly ignore them.

A number of studies are showing that people no longer pay much attention to traditional marketing as they progress through the “buyer’s decision journey.” Instead, buyers are checking out product and service information in their own way, often through the Internet, their social network, or just plain word-of-mouth or customer reviews. It seems clear that marketing as we currently practice the discipline is on its way out.

The inability of traditional marketing to engage buyers hasn’t escaped the notice of the CEOs, who approve its budgets. A pair of wake-up-call studies by the Fournaise Marketing Group in London in 2011 and 2012 found that more than 70 percent of CEOs think that their chief marketing officers lack business credibility, lack the ability to generate acceptable growth, and lack the ability to explain how their programs will lead to increased business. Nearly four in five CEOs complained that CMOs can’t explain how brand equity can be linked to recognized financial measures such as firm equity.

A bitter pill for mainstream marketing executives, perhaps, but you can hardly blame the disgruntled CEOs when you consider the logic behind traditional marketing in light of today’s world.

Of course, not everyone in the marketing world clings to worn-out methods. In fact, I work with a pioneering group of C-level and forward-thinking marketing executives who are successfully replacing this increasingly dated model with something that customers actually welcome and respond to. For those who’d like to join them, I offer the following advice:

Go retro: Cultivate a local buying experience
It’s a myth that social networks and their technologies are creating new approaches to marketing. At their most effective, they’re doing the opposite. They’re allowing customers to recreate the experience of shopping and buying in their local communities.

Think about it this way. How do buyers prefer to purchase a lawnmower, a haircut, a good dining experience, a movie, a car, the services of a good assistant, or a good doctor? Do they pick up the phone and call a salesperson, or read through a bunch of business websites? No, they’re much more likely to talk to neighbors, friends, colleagues at work, and others in their peer networks and ask what they’ve used.

Marc Benioff understood this when he was building Salesforce.com to compete against much bigger, entrenched competitors. He was building a better enterprise software product, and to get the word out, he organized “City Tour” events and neighborhood “street teams.” The City Tour events would bring his customers together with prospects and a few other interesting people for presentations and group discussion.

Benioff found that buyers were much less interested in hearing from him than they were in talking to his customers—their peers, other software programmers like themselves. When he studied the numbers, Benioff found that 80 percent of the prospects who attended such events wound up becoming customers themselves—in effect, an 80 percent close rate.

Cultivate customer sales and marketing people
Business spends billions of dollars training salespeople to build relationships with prospects and customers. But no one has to spend a dime training a customer to build a trusting relationship with your prospects. Since they’re peers, they pretty much already have one. Microsoft builds on this aspect of human nature when it penetrates new markets, often in foreign countries where they don’t speak the language or understand the culture. The firm will engage with local software users—whom they call MVPs (most valuable professionals)—many of whom have built substantial followings of their own through blogging and social networks.

One is known as “Mr. Excel” to his followers, and on some days his website gets more visits than Microsoft’s own Excel page on its corporate website. Many companies, when faced with the same situation, threaten lawsuits. Microsoft embraced Mr. Excel. In fact, they support his activities with “insider knowledge” and the opportunity to get a sneak preview and to test new releases. In return, Mr. Excel, and thousands of other Microsoft MVPs, wind up providing invaluable input as the firm develops new releases, and produce its most effective marketing communications, as buyers realize that it comes from a peer they know and trust.

In such ways, the MVPs are helping Microsoft penetrate and grow markets more effectively and cost affordably than the corporation could do using traditional marketing approaches staffed by hired outsiders.

Build strong customer communities
Consider Harley-Davidson’s success in creating a sense of community around its bikes. Three decades ago, the public associated Harleys with gangs and outlaws, which turned off consumers. Harley-Davidson worked hard to change the image, first by getting police departments to start using them, and then by working assiduously to build a customer community of middle-class (law-abiding) customers that morphed into today’s famous million-person HOGs (Harley Owners Group). Today, Harley-Davidson HOGs, far from being outlaws, position themselves as family: the brothers (and now sisters) you never had.

It’s not just sexy products like Harleys (and iPads) that can create large communities of customers—which in turn attract large numbers of buyers. One of the most successful customer communities is Procter & Gamble’s BeingGirl community of teenage girls, formed around, of all things, feminine care products.

The key to forming customer communities is not to try to build them around your brand—a common and obvious mistake marketing departments make. Rather, ask, “What does our product or service mean to our customers?” Or, “What could they mean?” P&G realized that its feminine care products could symbolize the difficult, scary, exciting transition its teenage customers are making into becoming young women.

Get customers involved in the solution
When toy maker LEGO launched its robotics building-block kits, Mindstorms, a few years ago, hackers almost immediately started altering the code to allow the robots to do more. In circumstances like this, most firms call their legal departments and start issuing cease and desist demands. Indeed, faced with a similar response when it issued a comparable line of toys, Sony did just that. But LEGO took a smarter approach.

Basically, LEGO executives did the math. One thousand or so hackers—or more to the point, enthused and technically advanced customers—were coming up with robots that could do amazing things that the firm’s seven internal developers had never thought of. One of the hacker-created robots could solve a Rubik’s cube. As they—and their other customers—realized the value the hackers were creating, LEGO further embraced them. Now its customer community numbers in the tens of thousands and continues to develop amazing arrays of robotic toys—far beyond anything the company might have developed on its own.

Meanwhile, 3M and other companies are systematizing customer-led innovation. Rather than wait passively for customers to begin altering or hacking their products, they’ve learned how to proactively pursue and find customers, or “users,” who would be most likely to come up with breakthrough innovations. MIT professor Eric von Hippel has coined the term “lead users” to describe them, and worked with 3M’s healthcare business to develop a system for finding them. The result was an eightfold improvement in revenues from innovations developed with the help of such customers vs. innovations developed by 3M’s ordinary, internally developed process.

What makes this particularly significant, of course, is that 3M’s product developers are among the most innovative in the world.

Help customers build social capital
Why do customers engage so enthusiastically in helping companies develop, market, and sell their products—in effect, growing their businesses? Many pundits think you need an incredibly sexy product like an iAnything developed by a once-in-a-century genius like Steve Jobs. But that misses the point. All it takes is a business that changes customers’ lives for the better—which is something far more replicable—even if you’re making feminine hygiene products.

What all these companies do is help customers build their social capital by helping them affiliate with their peers in customer communities, build their status and reputation, and learn and grow in the process. Often, they also include service to a larger purpose.

Enterprise software maker SAS Canada, for example, addressed an unexpected decline in its customer retention rates by engaging some of its leading customers, called “Customer Champions,” in an effort to hold on to customers and bring the defectors back. The Customer Champions organized live forums in more than 20 major markets around the country, presented and brought in local speakers, contributed to an e-newsletter that SAS started, and more. The result was to completely restore the firm’s retention rates to its previous high levels.

Whydid the Customer Champions put forth such an effort? Because it gave them a chance to affiliate more deeply with their peers—other software managers and engineers. It gave them a chance to play a leadership role in their peer community. It gave them substantial status and recognition as well. And of course, it increased their knowledge and expertise by more deeply understanding how to address the needs of other SAS customers.

If you think all of this sounds more appealing than the old manipulate-them-into-buying techniques, you’re not alone. When companies commit to depending on authentic customer advocacy to grow their firms, it not only improves their marketing results, it also improves their organizations. That’s because it’s hard to mask substandard performance and customer discontent with your products and services if they’re the ones you rely on to tell the world how great you are. 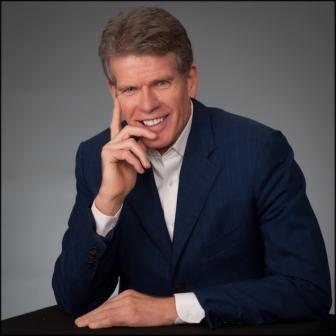 <!--paging_filter--><p>Bill Lee is a world authority on customer advocacy and engagement. He is a sought-after speaker and presenter to major organizations such as IBM and Forrester Research, and is author of the book <em>The Hidden Wealth of Customers: Realizing the Untapped Value of Your Most Important Asset</em>.</p> <p> <em>PRWeek</em>has called Lee &ldquo;one of the loudest, strongest, and most respected authors.&rdquo; <em>Forbes Online</em> columnist Dorie Clark has called <em>The Hidden Wealth of Customers</em> &ldquo;one of the most insightful business books I&rsquo;ve read this year.&rdquo;</p> <p> Lee writes regularly for the Harvard Business Review (HBR) Blog Network. His article &ldquo;Marketing Is Dead&rdquo; was one of the most widely read and commented on in the history of the network, receiving some 600 comments and more than 4,000 recommendations on HBR&rsquo;s Facebook page.</p>