A new kind of war is being waged across the global stage—one that is using economics to potentially inflict more damage and devastation than the conflicts we have seen in the past.

Up to and including World War II, the manner in which wars were prosecuted increased in intensity, scale, and/or scope. But since the days right after World War II, humankind's interactions of conflict have been of a more limited nature; smaller in intensity, scale, and scope. These ‘smaller’ conflicts like the Greek Civil War, the Korean and Vietnamese wars, various internal conflicts in Africa, the Falklands, the Gulf Wars, and now wars against terrorism conducted in the ‘shadows’ in such places like Afghanistan, Pakistan and Iraq, have become the ‘norm’ for the ultimate in human conflict. No longer all-encompassing, game-changing and utterly devastating, war isn't what it used to be.

Yet, the human hunger for ascendancy, dominance, and control continues even though one method of attaining those goals, war, has been scaled back. Yes, the size of the conflicts has got smaller over the 20th century and into the 21st, but not only has the size changed, the nature of war has changed as well.

Perhaps we have been distracted by these ‘smaller’ wars erupting periodically through our recent history. Perhaps we have not noticed the change in the nature of war. Perhaps we have not noticed that there are other types of war going on. I am not speaking now of the ‘smaller’ wars, but rather of another different type. These ‘new’ wars are no less wars because they do not use guns. Their objective is the same as the traditional war that uses guns, whether that traditional war is large or small. The objectives of this ‘new’ type of war are ascendancy, dominance, and control by one nation. The goals have not changed. But what has changed are the weapons. Instead of guns, this ‘new’ type of war uses economics. That doesn't sound very dangerous, does it? Nor does it sound very titillating. But its effects can be devastating. Look at it this way.

War isn't what it used to be. But war is war. And using a seemingly innocuous weapon like economics masks the aggression making the ‘new’ war's methods more insidious and even more effective in the end.

Throughout much of recorded history, China was a dominant nation. That nation is commonly credited with bringing to the world the inventions of paper making, the compass, gunpowder, and printmaking. A great nation it once was. Yet, due to an historical confluence of social, economic, and technological changes, China’s dominance was lost around the middle of the Western nineteenth century. Her dominance was supplanted briefly, in historical terms, by Britain and then later by America.

The Chinese are credited with possessing ‘long memories’. Their aspirations and hopes, based on these memories, are collective, and not individualised as they are in the West. Common in the East, their collective aspirations drive their society from one generation to the next. China wishes to become dominant again. And of late we have seen some of that aspired-to dominance shine through at the 30th Olympiad.

Her recent good fortune in sport notwithstanding, to regain that dominance where it really counts, China went to ‘war’, but not in the way that war used to be. The Chinese know that they can't win a traditional, shooting war. Historians have noted that that point was made clear after the American romp in the first Gulf War, a romp that defeated many Iraqi Chinese-made tanks. It is silly to play a game that cannot be won. The ancient Chinese general, Sun Tzu, made this plain in his revered writings. Because war can be played differently, the Chinese changed the game.

The Chinese didn't have enough weapons to counter the hegemony of the world's military leader. Mostly all they had was people. A lot of people. Because she is a centrally-controlled nation and economy, China was able to evaluate her situation with ‘one mind’ and after looking around, assessing that situation, and considering her goals, she chose to play a game, to compete rather than fight, using her most abundant resource. That game was to be played on the field of economics, a field that if managed correctly could provide the same objectives as a shooting war, sans the blood.

An arena of ‘competition’, as opposed to war, where masses of people are an asset rather than a liability, is in manufacturing. This is because, in economic terms, there are four things that are needed in order to manufacture: capital, entrepreneurship, land, and labour. In the late 1970s and early 1980s, when China started its march to reclaim its former dominance, the nation didn't have much capital, and entrepreneurship is a factor that she has only recently started to develop. However, what she did have plenty of was land and a whole lot of labour. So instead of ripping a page out of the Karl Marx playbook, a playbook that has not been very successful since it was written, China ripped a page from the Adam Smith playbook instead. Smith's ideas have a good track record, but not a perfect one. To try to make up for the imperfections, the Chinese, cleverly, flavoured Smith with a little Marx. Keeping centralised control (they're still Communists, remember), China organised her manufacturing as essentially one business, under the guidance and protection of the centralised government. She gave the free market in the rest of the world one thing that that free market cannot resist: cheap manufacturing.

And to protect that which Adam Smith characterised as a competitive advantage, China used her government to manipulate her currency. Governments can do such things. And she did it to keep the cost of her manufactures low relative to those of other nations. This type of competition, this new nature of warfare, is unconscionable in Western culture. We find it repugnant. Yet, in China such reservations do not exist. This new type of bloodless warfare has been adopted almost as if prescribed by Sun Tzu himself. War isn't what it used to be.

The protection of low-cost manufacturing led to an export imbalance in favour of the Chinese and to the detriment of the American dollar, as well as to other Western currencies. A surplus, now well-known, graces the accounts of this crafty opponent. These are surpluses which are in turn, cleverly, lent back to America and other nations in order to maintain the demand for the ‘competitively-priced’ Chinese manufactures. These successes have led to other actions such as the subsidisation of state-owned enterprises and import barriers, denying fair competition to Western companies.

Yes, she played this one perfectly. She hooked the world on cheaply-priced goods and then used that financing to squeeze the competitiveness out of competition. She couldn't have played this more perfectly. That’s because war isn't what it used to be.

War is now bloodless, insidious, but in the long-run—and remember this is an inter-generational action—this economic war may be no less devastating than the large or small conflicts we normally ascribe to the word war.

Catchy title or no, a title which was repeated several times throughout this article, this titular assertion can serve to remind us that we no longer play a game familiar to the West. Although China has supplanted warfare with competition, it is a variety of competition foreign to Western sensibilities, yet it contains the traditional objectives of war: ascendancy, dominance and control by one nation.

War isn't what it used to be.

Richard Telofski is a competitive strategy and intelligence analyst. Formerly the president of one of the world’s first competitive intelligence consultancies, Richard currently practices at The Kahuna Institute where he studies the business effects of non-traditional competition. He blogs about “The War on Capitalism” at www.Telofski.com. 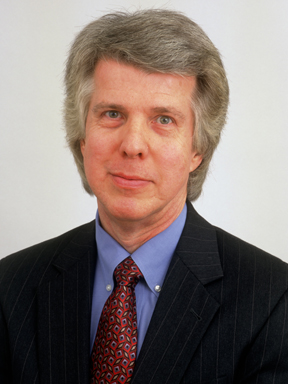 <!--paging_filter--><p>Richard Telofski is a competitive strategy and intelligence analyst. Formerly the president of one of the world&rsquo;s first competitive intelligence consultancies, Richard currently practices at The Kahuna Institute where he studies the business effects of non-traditional competition. He blogs about &ldquo;The War on Capitalism&rdquo; at <a href="http://www.Telofski.com">www.Telofski.com</a></p>