After twenty years of market creation in China, what will it look like as it reaches maturity, and what will this mean for western companies? Part one of a three-part series looks at the emergence of business-to-business markets.

Twenty years ago, Deng Xiaoping’s tour of southern China announced the replacement of a planned, centrally-dictated economy by a market economy. As we look back at the creation of markets that western executives have witnessed in China since 1992, we think three changes have been revolutionary, from among all the extraordinary developments that have occurred in China over that period. Business-to-business markets have been created, a dramatic change that will be discussed shortly. In addition, markets have begun to transition from local to national, and sales and distribution have become important business functions.

These latter two changes will be examined in subsequent parts of this article. In the context of each of these three important changes, it is still possible to see many remnants of the planned, command economy, but the progress that is visible in these three areas makes an extraordinary statement about how far China has come in a short time. The obvious question is one which we are often asked: What will China look like as it reaches maturity?

This is an important question and some insights about the future can be gleaned from a look back at the drivers of change through which China has gotten to where it is today. China has demonstrated with its explosive growth since 1992 that there are advantages to allowing market forces to make decisions. In fact, allowing market forces freer rein has been the single driver of China’s success over these past two decades. But, as we look at the future, the trajectory will not necessarily always be toward markets like those in the US and other western economies. In many ways, the Chinese are developing their own perspectives as to the roles of market forces and of government.

Where market forces matter most, China will very likely continue down a trail that other countries have already blazed (although it’s impossible to find examples of economies that have done so at what we’ve come to call “China speed”). Underlying trends will continue to reinforce the importance of such traditional market forces. Labor has gone from cheap and abundant to increasingly expensive and scarce in recent years, and, as a result, the focus of the government on job creation and maintenance by state-owned companies is continuing to diminish.

Transportation and communication infrastructure has developed, so that the number of isolated, local markets is continuing to decline, especially for consumer products. The rise of literally hundreds of huge metropolitan markets is occurring in areas that were previously accurately characterized as isolated. China’s customers have become more demanding and sophisticated in many vertical markets, and, as a result, we are seeing a continuing increase in the value being created by marketing and sales partners.

Where change has been the greatest is in export and consumer markets. In those segments, winning against market competition is the highest goal, and the competition often involves the best of the world’s companies.

But while market forces have driven the growth of China’s economy, the role of government is still a dominant influence in much of China. Its importance can never be underestimated. Government at some level is the owner or influencer of most sizable customers for many business-to-business suppliers. Even when government is not explicitly an owner, powerful local governments can be major influencers in business-to-business product purchase decisions. In many markets in which government enterprises are still dominant, change has been slow and we are hard-pressed to predict acceleration in the transition. The strength of China’s economy has allowed many such state enterprises to grow and prosper without requiring major changes in their practices or priorities, with many of them even rising onto the Fortune Global 500 list simply because of the scale and growth of the country’s economy.

The most significant change – and one of critical importance to western firms – has been the emergence of business-to-business markets from within a system in which most enterprises in China (and especially the state enterprises) were nearly self-sufficient. It is critical to examine whether the current state of development of business-to-business markets still represents a transition phase, with more opportunities for suppliers likely to open up in the future, or will Chinese enterprises always tend to be more vertically integrated than we see in other markets?

Without any market to incentivize suppliers, the sensible route to having parts, supplies, and services available when needed under the old centrally-dictated system was to produce them all yourself. That was the business model facing western business-to-business suppliers who were early in their attempts to sell into China’s markets. They found that their challenge was that of competing with divisions of the same firms that they saw as potential customers.

We often think back to our first experience at the largest trading company in China and China’s window to the world in the late 1980s. Compared to any other organization in China, this company was highly sophisticated and its employees were as knowledgeable as anyone in the country about the world outside of China, from which China had been closed off for 40 years. But, next to each employee’s desk was a bucket of eggs. Noting our puzzled expressions, a friend pointed out that the company had its own farms to supply the employee dining facility as well as the company owned hotel for visitors and the restaurants that it owned and operated for business meetings. Part of the farms’ mission was to supply the employees with eggs to take home to their families. And, of course, the employees’ homes were also owned by the company. China took the concept of vertical integration to a level well beyond western “company towns” of a century ago.

Today, there are stark differences among industries in the trajectory of business-to-business market development. The vehicle industries show two extreme examples.

Passenger car production, dominated by foreign joint ventures, employs a highly sophisticated set of independent first tier and lower tier suppliers, many of them the same companies found in the US, Europe, or Japan. Today, these western suppliers now compete with Chinese suppliers that are growing rapidly in size and skills – and in many cases, beginning to extend their reach to markets outside of China. Passenger car production in China in many ways resembles what is seen in developed western markets, with vehicle OEMs served by several tiers of suppliers.

Truck production on the other hand, is still a very traditional Chinese industry, dominated by state enterprises who believe in doing everything for themselves. Only through clever approaches to partnering with the parts divisions of those companies have western suppliers managed to get a foot slightly in the door. Working with several clients who are suppliers to the commercial vehicles industry, we’ve learned that inroads are difficult and require creative approaches and careful attention to the full menu of Chinese goals and priorities. A better value proposition alone is no guarantee of success in this segment of the vehicles industry.

Why would two industries that are so similar end up so different in China? The short answer is the extent to which the market, rather than central government direction, defines the goals and decisions of its participants. With the insight that a modern passenger car industry would be a cornerstone of the economy, the government has allowed market forces and foreign brand names to lead and dominate the industry, carefully implemented by restricting local passenger car production to joint ventures so that the state enterprise partners in these joint ventures would have access to world-class technology and learn modern management and production techniques. Consumer passenger car markets have been educated about product quality and features, and even the Chinese car companies that are not part of joint ventures have had to learn to compete at the highest standards.

The commercial vehicle industry, by contrast, has remained the domain of the state enterprise, with all that implies for the way decisions are made. Sales are often based on high-profile government-customer relationships and employment is still a goal – and the state enterprises in this industry remain highly focused on responding to the goals established by the central government. In many cases, the customers served by these industries are also state enterprises, comfortable with the status quo.

But, despite that heritage, even in commercial vehicles, joint ventures with foreign producers are starting to emerge. These new relationships could bring change to at least that part of the market where the end customer is basing purchases on product and service, not totally on relationship. And, with the rise of the Chinese consumer and the changes that will be discussed in the subsequent sections of this article, those market segments are growing in importance.

The passenger car and commercial vehicles industries are of national importance, and the government’s deliberate decisions have shaped the present. In other industries, small-scale private and local government enterprises engage in intense competition with each other. These are the mid-tier markets in which Second Mouse skills of speed, borrowing from the best, and focusing on cost-constraining competencies combine to define a unique Chinese business model, one that is beginning to produce world-class companies.[1]

Those intensely competitive situations are different from the environment characterizing the state enterprise sectors, in that product performance and pricing are far more important and best-in-class suppliers can help. In some projects, each company that we have interviewed is unique in the roles and responsibilities it assigns to its suppliers. The burgeoning number of relatively young sneaker and athletic wear companies are a good example. There are companies that operate on the Nike model of outsourcing most activities except brand development, others that only manufacture but leave their brand and logos in the hands of marketing firms, and others that do it all themselves. Market forces will define the winners among such competitors.

So, as market forces exert influence unevenly across different markets, there will be some companies that continue to resist development of business-to-business relationships, preferring to keep the generation of employment for themselves. That will be especially true where the leadership of the company is “old school” and key customers are government organizations. Our suggestion is to get to know the market on a customer-by-customer basis, as success will be customer-specific for some time. That is especially important now that the differences across individual potential customers have become so wide.

Looking ahead
In the subsequent parts of this paper, the other two changes mentioned earlier will be examined. The implications for western businesses of each of them are quite significant. Will we always find a large number of local Chinese competitors with a very restricted geographic reach, or will they face the choice of either growing or being overcome by competitors? Will China’s sales models continue to involve a complex tiered-distribution structure, one that we have seen creating difficult management challenges in many industries, or is China in a transition to something very different in terms of how products are sold and delivered to customers? 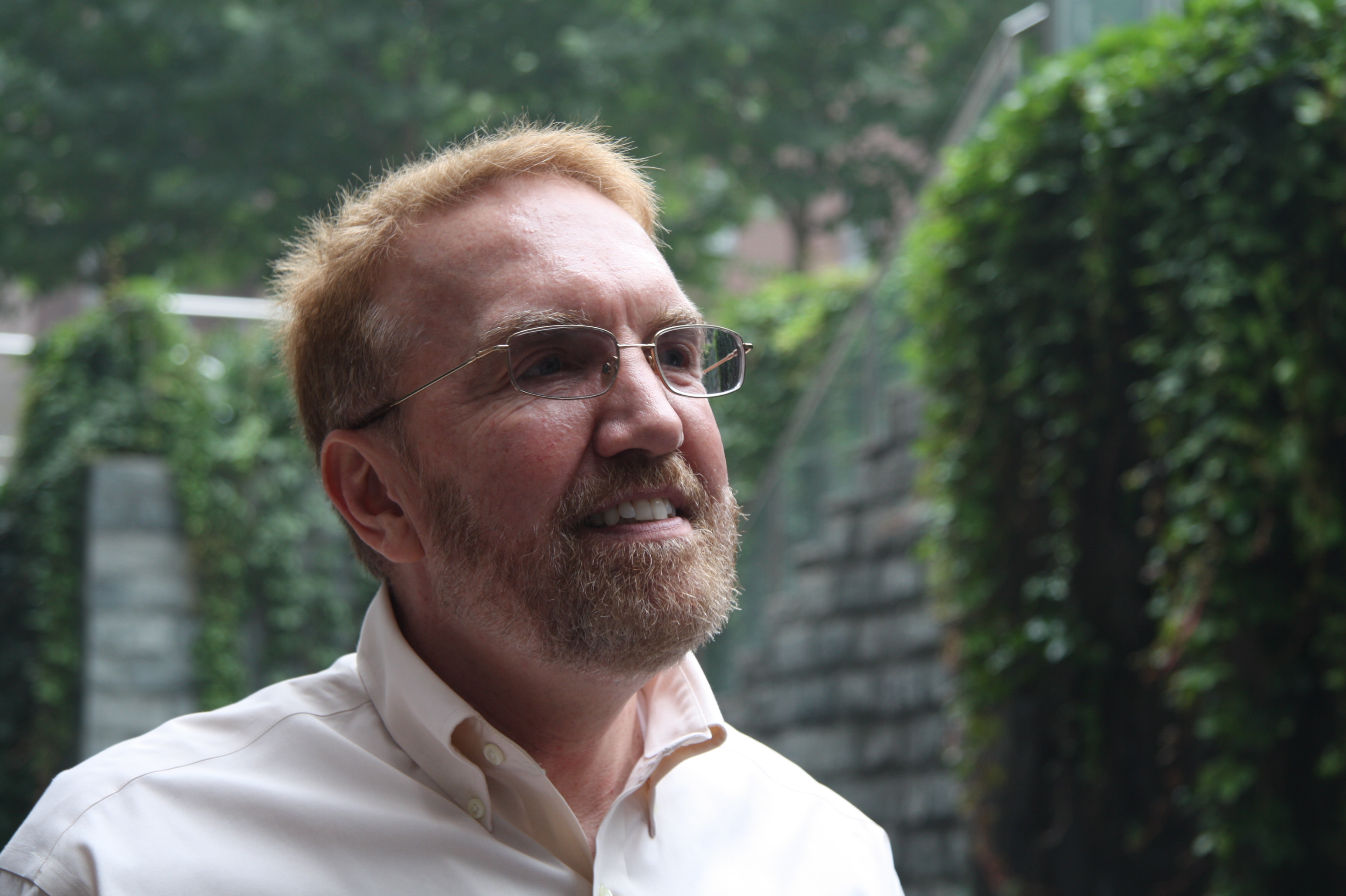 <!--paging_filter--><p>David G. Hartman is Blue Canyon Partners&rsquo; China Practice Director. He has previously served on the faculty of Harvard University and as executive director of the National Bureau of Economic Research. He has been an active participant in China&rsquo;s markets for over twenty years, speaks Mandarin, and resides in Beijing. His clients include a roster of Fortune 500 firms and Chinese companies. See <a href="http://www.bluecanyonpartners.com/">www.bluecanyonpartners.com</a> for more information.</p>

Metro Istanbul: The backbone of mobility in Istanbul