Can China overcome its geology and infrastructure problems to become the dominant force in natural gas? And can other economies benefit from the opportunities this might create?

The world's biggest energy user is also one of the world’s worst polluters, due to its heavy reliance on coal and oil. Though China is now also the world's largest installer of wind turbines and the leading builder of nuclear reactors, it’s not enough to meet China’s unquenchable thirst for energy.

In hopes of lessening its growing dependency on imported energy while increasing its consumption of cleaner energy, China is eagerly looking to the United States for guidance on shale gas extraction methods. There is much speculation about China’s potential for becoming a major player in the global natural gas market, with all eyes on the country’s potentially huge reserves that mostly sit untouched, just waiting to be exploited.

A long and winding road

Alas, nothing is simple when you’re talking about China.

Supply is not the problem. Industry experts believe China holds the world’s largest shale gas reserves, with total recoverable shale gas resources estimated at 1,275 trillion cubic feet. Nor is desire the problem. China has introduced a range of new policies aimed at encouraging increased investment in research and development to unlock its vast reserves.

The problem? Well, there are several. For starters, China has historically been a country closed to foreign energy investors and developers, and its own oil companies have been reluctant to invest at the level necessary to attack some of China’s other problems: geology, infrastructure, land access and water shortages.

China’s geology poses technological problems unique to the shale gas industry, with most reserves fully twice as deep as those in the US and further hampered by hilly terrain. While the government is seeking foreign investors with the technical know-how to exploit its reserves, China’s unique geology means that shale drilling technologies from other countries cannot be copied directly. It remains to be seen whether the large state-owned oil companies will kick in with the necessary investments to fund development of their own drilling technology.

China is also hobbled by a lack of proper infrastructure. Its fragmented pipeline network, processing and storage facilities are not currently capable of handling the potential volume promised by its reserves. As much of China’s natural gas reserves lay far below mountainous terrain, developing technology for the deep reserves isn’t the only obstacle. Typically, oil companies must construct new roads, bridges, and other infrastructure for large-scale drilling operations.

Additionally, China suffers water shortage issues, which could impact its ability to reach shale reserves using the fracturing methods that require large quantities of water. In February of this year, China issued a warning about its worsening water problems. The government has issued strict water consumption restrictions and has heavily invested in water conservation systems, but these measures have done little to curb growing demand for water in the world’s second-largest economy. Complicating matters has been China’s difficulty in keeping its water sources free of pollution, despite increased monitoring and additional measures to protect its water.

In light of China’s water issues, it should be no surprise that China is no exception to environmentalists’ concerns over unconventional drilling techniques. Along with the high water requirements, critics worry about potential drinking water pollution from chemicals and byproducts of hydraulic fracturing, as well as the release of methane gas. Such concerns have led to bans on hydro fracking in France and ongoing efforts to increase regulation in other countries. Following standardized best practices will help China minimize the environmental impact, but increase production costs.

A journey worth taking
Aside from the huge profit potential, China’s increased interest in tapping its vast reserves is fueled by its own initiatives aimed at lowering its greenhouse gas emissions. Natural gas was first used in China nearly 3,000 years ago, yet the country with the largest natural gas reserves in the world has been powered by coal for many generations. In fact, China ranks as the greatest consumer of coal in the world. Even as China, the most populated country and largest energy consumer in the world, has sought to increase its use of natural gas, it still ranks 8th in the world in natural gas consumption, with the US and Russia topping the chart.

The IEA in its latest report, Golden Rules for a Golden Age of Gas, recently noted the tidal change that’s about to upend those statistics: the IEA expects China’s natural gas consumption to grow by 13 percent per year, doubling by 2015 and trebling by 2030. By as early as 2013, the IEA says China could be the world’s third-largest natural gas consumer, behind the US and Russia.

China’s projected consumption of natural gas far outpaces its projected production of the resource—more than double by 2030. This is due not only to China’s growing consumption, but also likely due to the difficulty China faces in effectively extracting its natural gas reserves.

As it stands, however, dozens of exploratory shale gas wells have thus far yielded disappointing results, so China is looking to more experienced foreign partners like Shell Oil to help unlock the resource. Earlier this year, PetroChina entered into the country’s first shale gas production sharing contract with Shell. Under the contract, Shell will share its shale gas technology with PetroChina. China is also courting private investment to underwrite infrastructure improvements, not only to increase domestic production, but also to gear up for increased imports.

However, despite its great need for foreign investment and technology partnerships, China has yet to offer incentives in the form of tax breaks or subsidies. As recently as March of this year, China imposed a “resource compensation fee” on both foreign and Chinese companies producing oil and gas in the country. Foreign investors are also likely to worry about the possibility of nationalization after China’s hostile takeover of oil companies in 2005.

China is investing in integrating its fractured pipeline network and plans to add nearly 15,000 miles of new pipe, but some analysts worry that the Chinese government is underestimating the time and cost required to make the necessary infrastructure improvements. China has demonstrated its patience in the past, however, foreseeing future opportunities and developments like a master chess player anticipating his opponent’s next seven moves.

In the meantime, China will require increased import options to meet its increasing need, and a number of other countries stand to benefit. North America, with lower prices and positioned to become a net exporter of liquefied natural gas, could be the primary beneficiary, but pipeline suppliers Central Asia and Russia, and LNG exporter Australia, will also profit. In August, China announced an investment in Cheniere Energy Partners’ planned LNG export terminal in the US.

Will China become one of the world’s top natural gas producers? The country’s complicated geology, infrastructure, and political landscape make it difficult to say, but China’s singular commercial and political solidarity has shown great strategic results in the past. 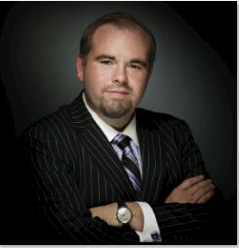 <!--paging_filter--><p>&nbsp;</p> <p> Chris Faulkner is the founder, president and CEO of <a href="http://www.breitlingoilandgas.com/">Breitling Oil and Gas</a>, an independent oil and natural gas company based in Irving, Texas. Founded in 2004, Breitling Oil and Gas employs state-of-the-art petroleum and natural gas exploration and extraction technologies for the development of onshore oil and gas projects.&nbsp;</p>