Scared to death by our hospitals

The public is continually subjected to health-related scares, such as food packaging and water bottles that contain BPA, a chemical that has been linked to cancer. The media also highlights food additives that aren’t harmful, but just sound unappetizing, such as so-called “pink slime” in ground beef and the use of dried insects to color beverages at Starbucks.

Our nation’s hospitals are the one place where people actually have the most reasons to be scared and to demand change. Studies estimate that 100,000 Americans die each year due to preventable medical errors and another 100,000 die as the result of hospital-acquired infections. If BPA, pink slime or dried insects resulted in 200,000 deaths, it would be the top story in every news outlet.

Given these studies, which have been publicly available, why is there so little discussion about the danger in our hospitals? Medical mistakes are an incredibly serious problem and one that is more likely to affect any of us than any of the above. This healthcare safety problem can be solved – if the public demands it and we, as a nation, put our minds to it.

The media occasionally covers high-profile cases, as if medical errors are rare. The actor Dennis Quaid’s twin babies were harmed when mistakenly given an adult dose of the blood thinner Heparin while in the neonatal intensive care unit at the famed Cedars-Sinai Medical Center. As with most medical errors, the multiple overdoses were not caused by an incompetent nurse, but rather due to the breakdown of multiple processes in the pharmacy and the ICU.

Mishaps like the Quaid case are not caused by a lack of medical knowledge, poor training, or a lack of technology. Errors are caused by simple things like communication problems, overworked staff, and medication labels or names that look too much alike. Mistakes like these happen far too often, including a case where three babies died from the same overdose in an Indianapolis hospital a year earlier. These are not medical problems, but rather management problems, solved by things like changes to medication labels.

The good news is that a growing number of hospitals are dramatically reducing different types of preventable errors using methods from a surprising inspiration – the automaker Toyota. Hospitals are using the principles of “lean healthcare” to lessen problems and errors including patient falls, bedsores, wrong-site surgeries, and medication mistakes.

In 2004, Dr. Richard P. Shannon helped his Pittsburgh hospital achieve, in just 90 days, a 95 percent reduction in deaths caused by central-line associated blood stream infections. This problem is solved through things like improved teamwork and making sure the correct supplies are always readily available when needed.

Dr. Shannon duplicated his success when he moved to the University of Pennsylvania Health System. Because these improvements do not rely on expensive technology or years of specialized training, they can be replicated in any hospital, as can the lean healthcare methodology that led to Dr. Shannon’s innovations. Sadly, a 2010 survey shows that most hospitals are not devoting time or resources to prevent these central-line infections that claim 30,000 lives annually.

Beyond saving lives, eliminating all hospital-acquired infections would save the US about $30 billion a year in unnecessary medical expenses. So, why haven’t these methods spread more quickly to every hospital in every town? Doesn’t this demand more attention than “pink slime?”

We need to shift attention to the risks faced at our local hospitals. We need to start demanding that every hospital follows proven, simple methods that will result in better care, less harm, and lower costs for all. 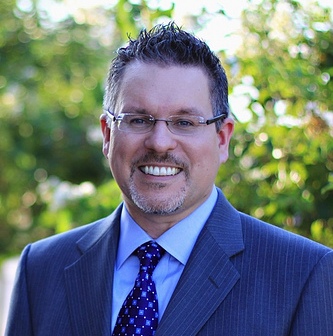 Mark Graban is the author of the Shingo Award-winning book Lean Hospitals: Improving Quality, Patient Safety, and Employee Engagement and the upcoming book Healthcare Kaizen: Engaging Front-Line Staff in Sustainable Continuous Improvements. He is also the founder of LeanBlog.org and Chief Improvement Officer of KaiNexus, a software startup.

With a background in engineering and manufacturing, Graban has worked exclusively in healthcare since 2005 where he applies “lean” and Toyota Production System principles to improve quality of care and patient safety, to improve the customer/patient experience, to help the development of medical professionals and employees, and to help build strong organizations for the long term.  For more information, please visit  www.MarkGraban.com.