Instead of battening down the hatches when the going gets tough, smart leaders inspire their employees to find better ways of achieving their objectives.

I heard the unmistakable sound of a Harley Davidson motorcycle in the car park of a business that I'm currently working with. It reminded me of the incredible transformation story of this company.

It is easy to understand in times of economic uncertainty why businesses often retrench; stop spending, stop investing in product and people and seem infinitely more risk averse, hiding from the world at large. Marketing and PR is slashed, innovation compromised and, as a consequence, so too is quality.

A reduction in sales causes organizations to feel that they have a burden of staff and resources and this is when the culling starts; sometimes smart culling, often rather less so. I don't know any manager who enjoys letting people go, but the smart ones recognize that it is often a requirement for success and progress.

Change management programs often go hand in hand with business challenges, often at the expense of addressing true company culture, and therefore these programs are unlikely to address long-term sustainable shifts in behavior, never mind growth and success. If employees, particularly when they have lost colleagues, are involved and have responsibility and accountability in the change, it is more likely to succeed.

In any economic downturn companies have two basic choices: they either change their strategies to thrive, or batten down the hatches to survive. Irrespective of which approach is taken, there are costs involved in adopting either choice. Success depends on how those costs are managed and the strategic approach taken by management. An equally important consideration is that strategies based on thriving tend to engender a positive attitude in the company, while battening down the hatches and reducing costs tends to have the opposite effect.

Companies that concentrate on meeting short-term targets will often pay a price for their frugality when the economy turns around, since it is not clear what the long-term impact of their cost cutting will be. There have been plenty of examples where staff are let go, only for management to find that they are unable to recruit the necessary skills when required in the future. It can be counterintuitive for companies to adopt the ‘thrive’ approach, but this is exactly what I am seeing with some organizations today, even though the immediate costs are usually greater.

So back to the shiny 'Hog' (Harley Davidson) in the car park. The company’s sales were down, and it was virtually on its knees. It had begun to earn a reputation for unreliability, poor build quality and an inferior product to the competition. The approach which marked a major turnaround in the organization’s fortunes started with a quality retune. Some would say a counterintuitive act; a focus on utterly shifting that reputation to one of reliability, great build quality, design and, ultimately an outstanding product.

The impact of having a positive and forward looking sense of collaboration and shared purpose made a huge difference. The encouragement of freedom, innovation and creativity to find new opportunities and ways forward started Harley Davidson on that phenomenal journey to great success and renewed market share. Risky, inspirational, courageous—yes—but the results were astonishing.

Not so long ago I was invited by the CEO of a plc to sit in on a critical strategic management meeting. The executive team and department heads were discussing the losses the company had experienced over the preceding three quarters—something that had never happened in the company’s 15 year history. In a lively and sometimes heated debate, the decisions they were rapidly coming to were that there would have to be an immediate 10 percent reduction in costs across all departments –which would include a drastic cut in staff numbers; marketing and PR budgets would have to be slashed, anything but essential travel was to be banned, and the traditional company Christmas party cancelled.

The CEO remained quiet for much of the time, mostly listening to the discussions between his managers and jotting down a few notes. After almost five hours, he brought the discussions to a halt, rose and quietly walked around the room, contemplating his notes. The silence was deafening. Then he addressed all those present. “We’re not going to lose anyone from this company; we’re certainly not going to stop promoting our business; we will continue with the current product development and team training programs, and we will most certainly have our Christmas party.” He tasked everyone to think about this and to come up with some innovative ways of achieving the company’s long-term objectives. These would then be discussed the following day.

That evening, he quoted me a proverb. “If we know a storm is coming, we make sure that we have ample firewood and we feed the fire with as much wood as we need.” What he was not prepared to do was seal all the doors and huddle around the fire using as little wood as necessary just to stay warm.

The following day, the result of the CEO’s demand for innovative thinking was almost palpable and it served to visibly inspire every single member of that management team. It was galvanizing, doable and, most interestingly, completely counterintuitive, not only for the team but also the business.

That meeting was almost three years ago and since then the company has captured market share, they are more profitable than they have ever been and have also acquired two companies. They have created value, nurtured their culture and developed an amazing spirit. The company is surviving because management was able to get past the common practice of thinking as we've always thought. It takes courage to face facts and it takes imagination to come up with ways of circumnavigating challenges, but both traits pay off in the long run, especially when failure is simply not an option. 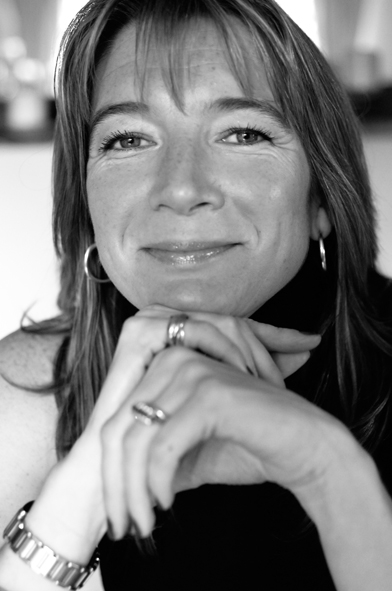 <!--paging_filter--><p>Having built up a string of prestigious FTSE 100 and Fortune 100 clients over the last 15 years, Kate Tojeiro has worked as an executive coach and facilitator with the boards, senior leaders and teams of some of the world&rsquo;s largest organisations and also some of the most cutting edge, organically-grown start-ups.</p> <p> Be it launching a new product, creating a new division, unblocking delivery channels, evolving a corporate culture, guiding an acquisition or navigating the pressures accompanied with a first board position, Kate has become synonymous with balancing hard-nosed business decisions with the core principles of self-belief and clarity of thought.</p> <p> She is founder of Cambridgeshire-based Xfusion, a progressive leadership consultancy.</p>